Processing.....thoughts, feelings, the voice in my head 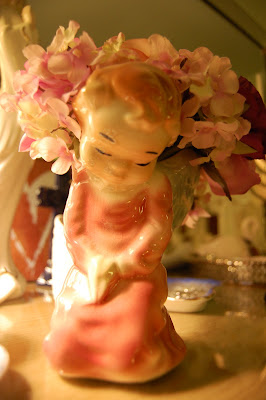 I have participated in my fair share of therapy. You might have guessed that if you have been reading my blog for very long. (I hope you have) And, as a result of all of that therapy I tend to over analyze my own thinking, feelings and have lengthy conversations with the third party voice in my head. I was once told that this is a symptom of co-dependence, and maybe it is. Either way, the voice, I am willing to concede, is my own voice doubting and judging myself. Because of this doubting judge I always second guess my feelings of being taken advantage of, or perhaps being used. Those are kind of harsh words for what I mean, but you get the gist. I tend to be over generous, something I have also been told is a symptom of co-dependence, always trying to be nice, please and gain favor by others and to keep the peace, etc. Maybe all true, either way, again, it is who I am and while I am aware of the therapeutic analogies that go along with the behaviors, I cannot for the life of me stop myself from getting into situations where I have been kind and generous to a person.Then feeling after a period of time that I have fallen prey to someone who is wholly capable to taking advantage of the situation and thereby rendering me PISSED....at them and myself.

So, that is when the doubter and judge really show up. "You idiot, why did you agree again to do something for so and so?", "You know that person isn't going to do anything for you, just because you were kind to them." And the little kid in me says, "but I was just being nice, really, I just wanted to be nice." and the Judge says, "no you didn't, you had an ulterior motive, you expected something in return." and again the poor little kid in me says, "oh, maybe you're right, I couldn't possibly know what my real intentions were, I'm just a stupid little kid who can't be anything but a wimp trying to win over people to be my friend." and the Judge say, "see, I told you you were stupid and that you don't deserve to stand up for yourself when you feel like you've been slighted or disrespected." and then the little kid begins to get angry and says, "Hey, I did this, this, and this for that person, I did it out of kindness and yes, you're right I expected to be respected for my kindness, you're right, I expected to be treated with at the very least dignity." And the Judge says, "you don't deserve those things, so before you let your mouth overload your butt, stuff your feelings and pretend everything is okay."

And you know what? I listen to the judge and over time the anger, frustration and the resentment build up and I begin to shut down and pull away and close myself off, for fear of puffing up and asking for the respect and dignity I deserve, but in a very unacceptable way.

And, all the while, there is another voice telling me to stop the madness and be open and speak your peace and if you have asked for something you truly don't deserve then the Universe will take care of that and set you straight.

The old behaviors and patterns, while glaringly obvious to me while I'm in the throws of them, are hard to shake. I am constantly studying myself, making adjustments, commending myself when I master a bevavior that is no good for me, reminding myself to start over tomorrow, 'drop the judge' and give myself the respect and dignity I deserve by Divine right. Lot's of processing....right now I'm in the throws and while I recognize what is going on....I can't seem to get off the ride.

That and some other things are distracting me from the finer things in life, like laying in bed reading a good book and eating a pound of See's candy.

I'll put out an update on the meeting with the school, the details are still unfolding as we found out this afternoon that the administrator we spoke to was not entirely truthful with us.....

I haven't been a visitor to your blog for long and I'm sorry to read that you are in two minds about your feelings and decisions. I hope this changes for you in your future to give you peace of mind.

In my own life meditating for an hour each day assists me to live with a clear mind and heart.

do something today to break your pattern...take a walk, go somewhere you havent been in a while, do something different...in the mean time will keep you in my thoughts today and hope this passes soon. smiles.

cool man you sound like me or similar. ive found im "Co-dependant' on other people. its intense haha. but yeah life is a whole new trip. good luck dude. i might check back sometime. Peace.