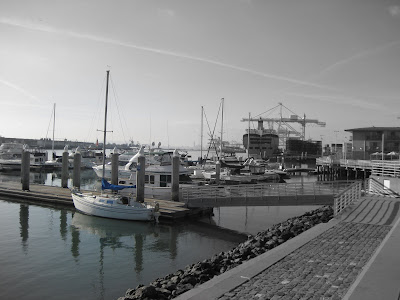 Teenage Girls.....uuugghhhhhh! Last week was Spring break, so there was no school...therefore, no bullying. However, today, on the first day back from break the bullying commenced and the "other" girl made a point of harassing my niece and then going into the Vice Principal's office and reporting my niece for bullying her! Yes, a very insidious maneuver, I think....and calculating....and conniving.

A week ago Friday my niece was on the phone with me, crying her eyes out, telling me about how this girl was really getting to her. She did not want anyone to go into the school and speak on her behalf because she was afraid the bullying would only get worse.....she wanted to wait until the break was over and maybe it would stop by the time they went back to school. (There is an added element to this whole game, the girl who is harassing the niece has a boy involved and he keeps getting my niece's hopes up about a possible romantic relationship, "as soon as I break up with Kaia {the bully}" and then he turns around and makes out with Kaia right in front of my niece)...we believe Kaia has put him up to these games and even though my niece suspects he is involved she keeps falling for it.

Evidently, over the break the boy started his campaign again and upon their return to school, Kaia and the boy set my niece up, staging a big make out session right in front of the class that my niece and the boy share. (dirty, rotten, heinous, monstrous kids).

My sister and I have a meeting tomorrow morning at 9:00 a.m. with the Vice Principal who called my niece in (without a parent's presence!)and advised her that she could be suspended for bullying! We're going in, informed, calm, cool, and collected and require that ALL parties be reprimanded and called to task for their behavior. We'll also be pointing out the Phoebe Prince case and ask that they take the matter seriously. (If we have to).

I hate this sh*t! Why are girls sooooo hateful to each other....? They should be banding together and bolstering each other, helping each other, protecting each other. I wonder when the first "mean girl" was labeled....how long has this been going on?

I know that bullying has been going on for ages, but the girls today have a special level of mean to them that just scares me and makes me sick. And, it doesn't look like any one has been able to get a handle on it and eradicate it. What does that say about our society? Seriously, it's like a vast range of generations are raising narcissistic, psychopaths. I know that sounds kind of over the top, but in most cases it's like these kids don't have a conscience about their actions.

My niece still doesn't want anyone to go into the school and talk to the administrators about this, but my sister and I are concerned that if someone doesn't speak up now, on my niece's behalf, she's going to take the brundt of the punishment for something another kid is equally or more so to blame. Both girls have friends who have been witnessing this bullying, so at some point those other kids could get drawn into the mix and their actions could be called into question. I feel at this point, it isn't going to get better until someone stands up and calls everyone on the carpet - the school for letting it go on, the parents of all kids involved and all of the kids witnessing or participating.

Mostly, I hope that we will be taken seriously and that my niece won't suffer more excrutiatingly for our show of concern.

will remember you all in my prayers in the morning. tough stuff. hope the VP is understanding and looking for facts not just quick solutions.