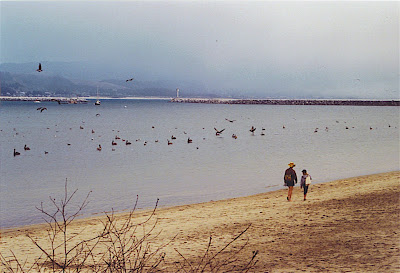 She walked into the room. Everything looked the same, but, somehow, different. She knew her things weren’t different, that she was different, that things can’t be different, but, people can change. Had she changed enough to make a difference? Would she be able to move forward, instead of staying in the past, stagnant, living with regret? Maybe she wasn’t really different, but, stronger, more than she used to be. When she looked around, the room was somehow smaller, old and someone else’s place. Her things didn’t fit and neither did she, it was time to move.

That’s what she would do. Move. A place that was hers to begin with. A place with windows and room to create, to open herself up to new possibilities, to shed the past and dream of the future. Believing this would be her new beginning; she grabbed the newspaper and began looking for a new home. Yes, a HOME. What would her new home look like? She closed her eyes and imagined the place, old, in a romantic Victorian way, weathered wood flooring, white washed plank siding, wood shingle roof, a complete wrap-around porch, like the porches in old southern mansions and windows, lots of windows, facing the ocean. A place that represented a clean start, the ocean would help her to wash away her regrets.

As she began her search, she wondered if maybe she could change her circumstances by merely moving away. She knew it seemed as if she might be running away from the past, but what if it really meant that she was running toward her future. The undiscovered, unknown was a scary thought, but did she really have a choice? It mattered not, she knew her life here was over and that in moving away she might be able to forget the pain and shed her old insecurities. As she scanned the classifieds for her future home she came to the realization that now she had no real ties to this place and she could go anywhere she wanted, anywhere. That alone seemed like a gift. Practicality would win out, she didn’t really have the money to be leaping the pond, but toying with the idea was fun. Again, the ocean called her, so at least she could head for the coast and live within the skirt of the ocean’s power.

As she perused the paper, she wondered what her beloved grandmother would tell her. “Child, go where your heart calls you.” So, she began to listen and in the silence she knew where to go. She tossed the newspaper and decided she needed to pack for a couple of days and just drive to the coast, once there, her future would guide her. Often times when things were so complicated she would find herself on the road out of town not really having a destination, however, always ending up in a lovely little hamlet on the edge of the Pacific Ocean called Coralside. She would start there, certainly a place that her internal compass was drawn to must have the answers, right?


Just a littel something I've been toying with.....

Labels: coralside 1st excerpt hopefully one of many

so its fiction, right?

either way, nicely done....just enough angst to keep us coming back...and will she find it?

There are times I'd love to just start over again... moving TO something new, rather than running away from something. Maybe once Vlad is out of college and on his own. Who knows?