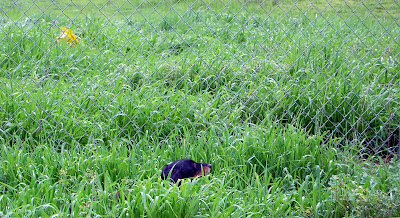 Over at a couple of other places I visit there has been talk of the ole high school days and all of the uncomfortableness of those years and the residual affects of ones experience. I did not like high school. I did have a close knit group of friends who where as awkward and uncool as I was who I managed to not piss off on a regular basis, so I had a little net that I was cocooned in. We had our own version of social activities that were not necessarily school related so we did not spend an inordinate amount of time sweating our popularity. Despite that, I managed to have crushes on a couple of boys, popular boys, who were both stars on either the football or basketball team. One of the boys was a year older and the other in my class. Both always had some spectacular girlfriend hanging on their arm and seemed to always look as though they just walked out of the pages of GQ magazine. The crush on the older boy I was able to let go of, but the guy in my class, that was a different story altogether.........

Without dragging out ALL of the embarrassing details, suffice it to say we ran into each other occasionally, during school and after. It has been 26 years since high school and the crush still lingers.....how do I know, because I ran into him again just last week....at the walmart. And, my barometer for my lingering crush? I made a complete fool out of myself.....yep, I did. Does one ever grow out of becoming a complete, blithering idiot when faced with their high school crush?

Seriously? First of all, I did not even realize it was HIM until he made a point of saying hi to me! Huhn? Yeah, "Well, Hi, Shannon." (man he still looks amazing!) Seriously, he could have walked on by me without ever saying ANYTHING to me and I would NOT HAVE KNOWN I was within two feet of him. Not because he's not worth looking at, but because I was completely oblivious of the people around me and could have lived the rest of my life without the encounter. Why? Because I made a complete dork out of myself....well, maybe I should examine that? I think I already am a dork and therefore I was just being myself, right? Either way, I asked him what he was doing, "grocery shopping", what kind of work he was doing "still building houses" anything new "no" and then the diarrhea of the mouth started.....I completely spilled all the details of the items in my basket by way of telling him what I was doing at the store....which could have been so much more embarrassing than it was because I only had the ingredients for banana pudding in the cart, but the worst part about it was that he DID NOT ASK ONE QUESTION about me or my life......he did not prompt my babbling in any way. And then he said, "well, bye." and walked away.

I ran to the back of the store in order to try to regain my composure....only to then head for the front of the store to leave and see him in the only check out aisle that wasn't 20 people deep trying to check out, so I had to pass by him and go hide at the back of the store again, seriously. If I wasn't a dork I would have gotten in line behind him and chatted him up....but, I got the distinct impression he wasn't even the slightest bit curious about me.

I came home and told roomie the story. We laughed because I was such a dork and really have no reason to be so self-conscious with this guy. What is it about those old residual feelings from high school that can just bring us right back to those feelings and maturity level. Clearly I was acting as if I were sixteen again, hiding in the back of the store (sheesh) and spewing all kinds of silly information not asked for.

From that experience I began to ponder when, if ever, does one feel like a grown up? There are days, even without running into an old crush, that I just have no idea what I am doing and I find that no matter what age I am, I can still feel like a silly, immature, clueless teenager.

Anyone else ever feel this way?

Labels: growing up when does one become a grown up old crush at walmart

lol. good luck with that. i never want to grow up!

I agree...Good luck with that...I mean do we ever grow up? I'm 53 and I still stumble over my words and break out into a sweat when I meet certain people in public places.

I had the pleasure of dancing with my crush after high school @ an alumni dance. I told him I'd had a crush on him and I was no longer interested. Didn't say it quite so bluntly but he wanted to know.

Pure bliss.
He was cute though, much cuter when I hadn't seen much of the world though!