The photographer in me, who I wish to honor 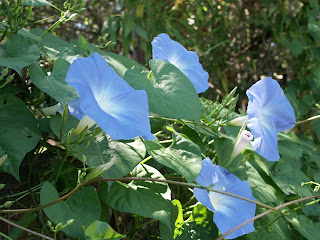 I am neglecting that part of my art. (see I rhymed....I neglect that part of me, too). I have this swell little canon that I carry around in my purse with me that happens to take some REALLY killer photos....I use it alot. But, it is not like using the 'big' camera to really SHOOT stuff and my trigger finger has been itchy the last few days.
Problem is, I bought my 'big' camera on an impulse in a big fancy camera store in Beverly Hills last Spring and I'm embarrassed to say, I am not that happy with it. No, I do not live in B.H.s, but, was 'shopping' there because we don't have those kinds of stores where I DO live, still not a very good reason for buying my 2nd choice camera, even if it was at a better price....yes, I should have purchased the Nikon, but, instead I bought the Olympus....don't get me wrong, it's a VERY nice camera, however, I am not as technilogically advanced in the digital camera world as I would like to be and am not sure if I'm really unhappy with the camera or I just don't know how to fix what I don't like about it's output. Did that make sense? Yes, I think it did, after I reread it.
There is a little, mom and pop, camera store that I like and respect just blocks from my house that I am inclined to visit, tell my embarrassing story and see if they can instruct me how to make the camera do what I want or see if they will let me do a trade in (with supplement of course) and just bite the bullet and get the Nikon. (The owner and staff of the store are wholy devoted to Nikon and although I have seen many other brands of cameras in the store, they are Nikon fanatics, I suspect I will be in a pickle trying to hold onto the Olympus). I feel like I am missing part of my arm without a 'big' camera to shoot with.

I really miss film, but, am now so addicted to digital speed and ease of picture access immediately after shooting that I forgoe the pure pleasure of a print from a film image. I know, most people would say there is no comparison, but, I disagree.....film is a beautiful thing. I remember my limited days in college (I use that phrase loosely, because college for me was really only a few semester of 'fun' classes, but, it is kind of fun to say....) and developing my own film and printing my own b&w prints....still have some of those awful, horrible prints and STILL in LOVE with them. I have to say, my style of shooting is crap shooting, shoot and hope it's not crap and with digital, if it is crap you can just delete it and move on, but, with film, it's a waste to 'crap shoot', therefore, I tended to put more thought into my shots, I miss that.....sort of....well, maybe, not so much, nah, I miss it....and taking film to get developed and waiting to get the pics back and then CHRISTMAS when I got to see them and revel in their glory. Yeah, kind of miss that.... 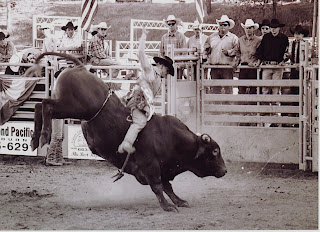 I think, maybe I'll bust out the old dinasaur and anctually work some b&w film over the next couple of days....I think i have some film in my bag with my old workhorse, Minolta.....ah, those were the days.....shooting rodeos with the big gun, burning film like it was toilet paper......ugh, expensive to get all off it developed, but, oh, so worth it. I should spend a little time scanning some old film images into the old computer and enjoy their loveliness through my editing software, eh? Oooh, fun, fun, fun.....now I'm just babbling.

Yes, I believe it is time to honor the photographer....she is lonely and missing her friend, 'the big camera'....not to mention God's participation in my eagerness to run the big camera, the Divine is chiding me with the beauty that is spring and I'm missing the opportunity to capture Her while she is in her best form. I drive by the most amazing flowers everyday (you don't know this about me yet, but, before summer is over, you will....I LOVE FLOWERS, in the yard and cut in a vase) so, I am completely regretting not getting the camera out and SHOOTING - it's been raining here for the last 24 hours and I just love the light that the overcast provides for pictures of the flora and fauna, so, tomorrow morning I will head out and wander down the street and shoot, shoot, shoot.
Posted by An Open Heart at 9:45 PM

Thanks for stopping by Willow Manor.