"Weave a thread of blood through time, Ladders of lives we all have climbed. Grandmother sail on summerland seas. I honor you who live in me". 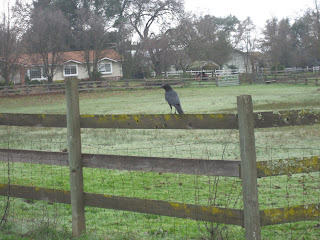 So, weekend before last my Mom says to me that she feels she should come and get my Grandparents and take them home with her. Not such an odd statement, accept that my Grandparents have passed on and are probably running white lightning in Summerland. As I mentioned before, I live in my Grandparent's house and am moving out, therefore, time for my Grandparents to move on as well.

My Grandfather, Papa, passed on more than 19 years ago and my Grandmother, Mom J, kept his ashes here at the Ranch with her. They wanted to be 'sprinkled' together after she died. Yes, I said DIED.....I keep trying to make it 'less' than it is, like it was just a small little event, 'passing' on, however, I'm trying to be real, so, let's call a spade a spade, she died, there I said it again, SHE DIED, whew, that kind of feels good. I might say it some more before I'm done tonight.

Okay, back to my Mom, well, actually just the leaving of my Grandparents' remains. So, my Mom makes arrangements with me to come out around lunchtime on Sunday to collect my Grandparents, but, before she heads out, I run in to town to get some errands done, as I'm pulling out of our little neighborhood out in the sticks, I come to a small intersection on our dirt road and there in the middle of the interseciton is the biggest black bird I've ever seen, it stops me dead. Oops, there I go again using the D word (hehehehe). I kid you not the bird is staring me right in the eyes, he/she does not move, just stands there in the road, staring back at me. I let the car roll a little and bird stands it's ground, holding me in it's stare, I roll the car a little more, the bird hops sideways a bit, still holding my gaze, I roll some more, another hop and I cannot stop staring back at this huge black bird and I have this amazing feeling that this bird is here for me, a gift from Summerland, telling me someone is paying attention. This goes on for a good 5 minutes or more before the bird makes a small flight to the fence on the property fronting our little road, still watching me, following my car as it passes on the road. I wonder about this bird all the way into town, but, only for a short while and by the time I return and my Mom has arrived, I've all but forgotten about my friend.

My Mom and I discuss where she might 'put' Mom J and Papa, she tells me that she will probably put them on the hearth, in the living room. I ask her to promise me that she won't put them behind the bar, My Papa drank and Mom J hated it, so, I elicited a promise from my Mom and she kindly agrees and leaves with my Grandparents' small boxes of ashes. She needs them at her house for some other reasons, which, at some point I might share with you, when we get to know each other better.

So, again, I have no other thoughts about this black bird, until I go to leave for work on Monday morning and the same scene is played out again, at the intersection, there, as if waiting for me, is the black bird, same place, same stance, same stubbon stare. I freeze in my tracks, or rather, I freeze the rolling of the car, in it's tracks....and I stare and as I stare, realization hits, this is a gift from Summerland, my Grandmother is telling me she knows things are changing, moving and growing, She knows that 'WE' are leaving the property She and my Papa lived in for more than 30 years, their Summerland, so to speak. I have watched and hoped to see the black bird again, but, I have not been blessed with another visit, perhaps the black bird is at my Mom's house, making it's presence known, protecting my Grandparents as they journey through Summerland on the way to their next destination.
Posted by An Open Heart at 9:58 PM

That's a cool story.
Ravens are odd creatures, to say the least. A little freaky, a little macabre...but definitely they do hold your attention.

Loved it. I hope your Grandparents have 'settled in' to their new resting spots. Thanks for the read. Great one.
:-)